Get fresh music recommendations delivered to your inbox every Friday.
We've updated our Terms of Use. You can review the changes here.

Off the Map Live 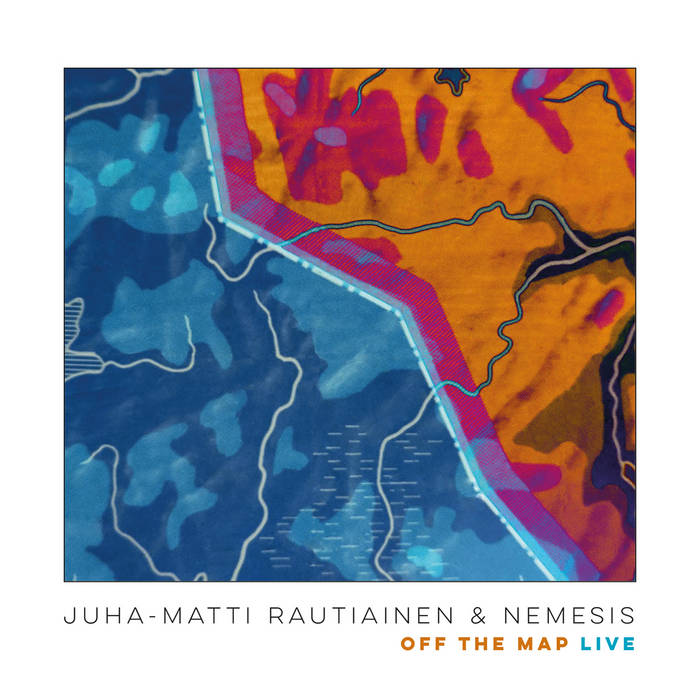 a live album, recorded on the 28th of February 2021 at Kino Cinema, Kaustinen, Finland.

The concert is a sort of live version of the Off the Map album, but only in the way how the concert was constructed. The album tracks were improvisations, selected for release. This concert is also basically an improvised set, but a loose framework was agreed beforehand to be used as a guide; We decided to visit the most succesful sections of the album, using similar keys and moods, but the actual music was created as we went along... so you might recognize a few things here and there, but they take quite a different shape here...this is an independent piece of music.

The concert was streamed live and the comments were very enthusiastic, but the sound was a bit on the quiet side for many listeners. Now it is here, remastered and partly remixed; nothing added or taken out, but the volume levels and instrument balance have been adjusted and the eq has been smoothened greatly for your enhanced enjoyment.

The CD and box set versions of the main album are still available (see Off the Map CD here at BC for details)... this digital live album is different, but certainly related!

The great cover art is by Kimmo Heikkilä (ihmekammari.fi), again... thanks Kimmo for your great input!

Bandcamp Daily  your guide to the world of Bandcamp